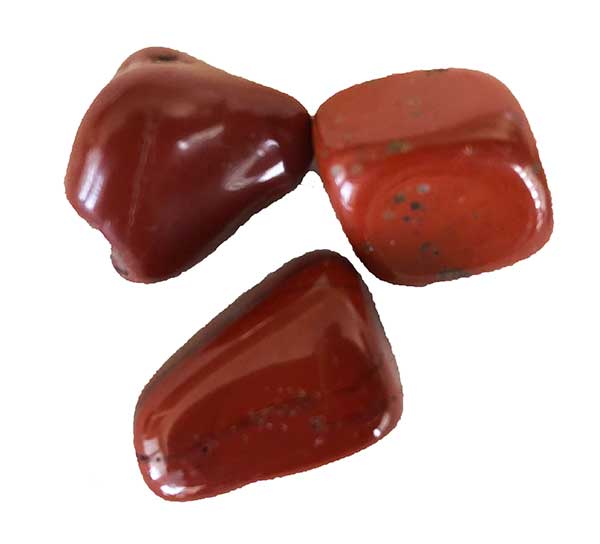 Jasper is a very unique and revered stone. It has been found in many ancient artifacts, such as carvings, sculptures, and even religious items. The name means "spotted or speckled stone", and means “treasurer” in the languages or Persia. Jasper is mostly used today as a decorative gemstone and can be cut into a variety of shapes and sizes. It is used in jewelry or simply as a part of a gem collection.

Jasper is made up of an aggregate of the mineral silica, which is most commonly found in quartz and another mineral called chalcedony.  An aggregate basically means a mass of mineral crystals that make up something else.

As Jasper forms, a variety of other naturally occurring chemical elements become trapped, resulting in the different colors. Jasper is rarely one color, and often will have other materials inside. For example, Jasper that has a predominantly red color or hue is due to small amounts of Iron that became trapped during that particular formation.  As a result of these sometimes countless “invaders,” the appearance of jasper can vary greatly. Jasper can have one dominant color, such as red, yellow, brown or green, it can be multicolored, striped or anywhere in between. In fact, some jasper is referred to as “picture jasper,” and has a very beautiful and unique appearance. My personal favorite is ocean jasper pictured below. This piece came from Madagascar. 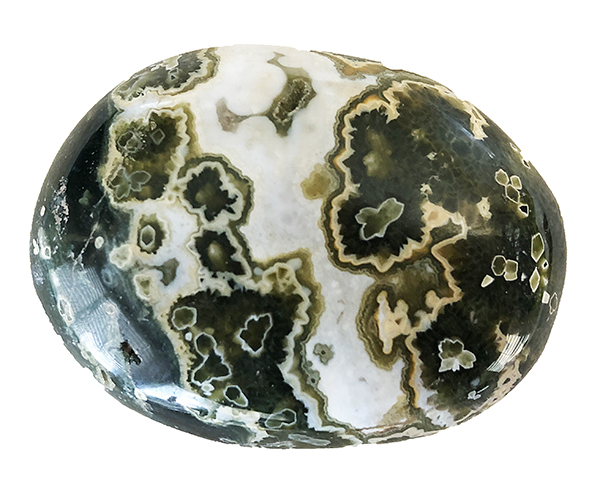 Most minerals are assigned a Mohs rating, on the Mohs scale. The Mohs scale is a scientific measurement tool, used to describe the density and hardness of a certain mineral. It rates mineral from 1 to 10, based on the ability to visibly scratch or brake another. For example, Talc has a Mohs rating of 1, and therefor can be easily scratched by any other mineral. By contrast, diamonds have a rating of 10, making them nearly impossible to be scratched. Since Jasper is often made up of so many different materials, its Mohs rating can vary. However, because jasper’s main component is silica, it is a good guess that jasper’s rating is between 6 and 8.


Some believe that jasper possess healing and energetic properties as well. It is used to manifest strength, courage and wisdom  and is associated with the root chakra, the energy center that anchors us to the earth and keeps us stable. Shamans and healers wore protective charms that contained Jasper, to evoke a sense of grounding and strength.