From the highest mountain, to the deepest ocean trench, plate tectonics is at work all around us. It is the driving force behind the formation of many of the natural features found on Earth’s surface (both present and past).

But what is plate tectonics? IN this guide we’ll take you through an introduction to this interesting geological phenomenon. 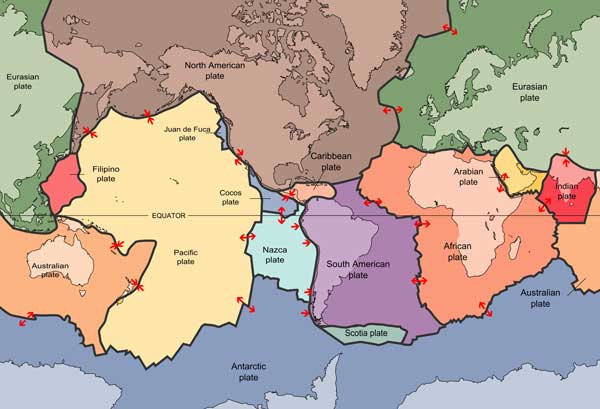 What is Plate Tectonics?

Stemming from both Late Latin (tectonicus) and Ancient Greek, Plate Tectonics is a scientific theory that asserts the Earth’s outer shell is composed of multiple ‘plates’, each of which glides over the Earth’s Mantle (the rocky layer found above the core). This theory describes the motion and interaction of these plates, acting as a hard shell-like surface, over the Lithosphere.

How Many Plates Does the Earth Have?

The Earth has nine major plates, and dozens of smaller plates found throughout the world.

The Nine Major Plates Include:

Fun Fact: The Pacific Plate ranks as the Earth’s largest plate, coming in at an impressive 39,768,522 square miles (wow). The majority of this plate is situated under the ocean and is moving in a northwest trajectory at a snail's pace of around 2.75” (7cm) each year.

What Exactly Are These Plates?

The Earth is comprised of a hard surface called the lithosphere. Think of this as a hard shell that is broken into several large plates. Under that shell is a layer of semi-molten rock called the asthenosphere. This non-solid layer allows the earth’s hard shell to slide around over it.

How Does Plate Tectonics Work?

It is important to note that while plate tectonics is purely theory, the majority of the professional and scientific geological community accepts this as fact.   The theory asserts that movement of the plates is caused by underlying convection (heat transfer) of magma within the Earth’s interior. Where does this heat come from you ask? The heat that is the driving force behind the movement of the plates is thought to be the result of radioactive elements decaying.

NOTE: Some scientists argue that differing weights along portions of plates result in one dipping below another, while others argue that movement may be spurred by magma that is forced upward.

Think of this similar to a boiling pot of water. Now imagine you put floating puzzle pieces on top of that water (representing tectonic plates), those pieces get pushed up and down, sliding over each other as the underlying water bubbles (magma) rise and fall. 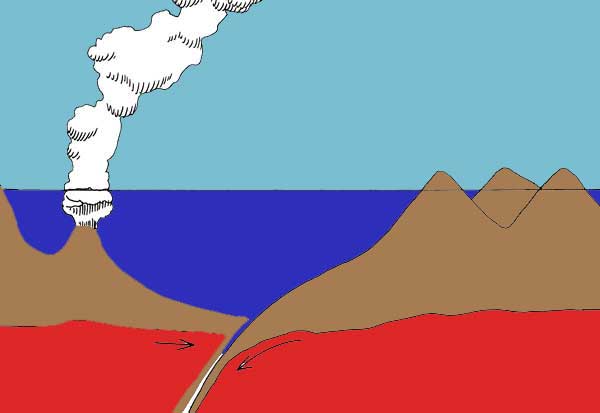 What Are Plate Boundaries?

Also known as “subduction zones”, or less commonly as “convergent margins”, these boundaries between plates represent one of the three major types of plate boundaries that exist.

These boundaries are denoted by a major collision between two or more of Earth’s large plates. When these plates collide, much like a car crash, one bends and slides under the other, curving downward into the hot mantle below.

These zones are common around the edges of the Pacific Ocean. Commonly referred to as the “Ring of Fire”, these zones are often the culprit of the world’s largest earthquakes, volcanic eruptions and tsunamis.

Sometimes the impact of plates in subduction zones results in the formation of mountains. For example, the Himalayas are thought to have been created in such a way.

As the name suggests, a divergent boundary is a boundary between two or more tectonic plates that are moving in opposite directions from each other. When this occurs within a continent, it forms a rift, and over time, a rift valley. Eventually the rift creates separate continents.  This is happening now in The Great Rift Valley of Africa. 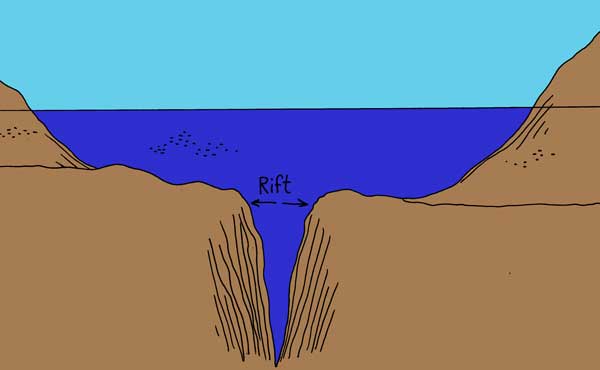 A transform boundary or fault is a line along a plate boundary where the movement of plates is mostly side to side (horizontal). Transform margins tend to end abruptly at the point where they connect to another plate boundary. The San Andres Fault  in California is an example of a transform Boundary.

We hope you enjoyed this brief introduction to the subject of plate tectonics. Although all around us, these slow but powerful forces are the catalyst behind the formation of some of the world’s most notable features. From the highest mountains to impressive volcanoes, valleys and more.

Understanding how these plates form and interact with each other, as well as the forces causing them to move and shift, can reveal a treasure trove of information about the planet and the surface we inhabit.