A Lesson Plan
The Eight Basic Elements of the Earth 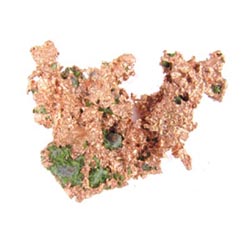 Materials needed for this lesson plan and follow-up work:

But even though there are 92 natural elements, only 8 elements make up most of the earth’s crust.

There are 100 marbles in this container. They represent the earth’s crust.

What do you notice about the numbers of marbles? (Some colors have more marbles than others.)

This represents the different amounts of the various elements. The red marbles represent the element Oxygen. Oxygen makes up nearly half of the earth’s crust.

What color has the most marbles after the red oxygen marbles? (The green marbles. There are 28 or 28 and a little piece.)

The green marbles represent the element Silicon. Silicon makes up more than ¼ of the ingredients of the crust.

Let’s see if you can match the other marbles with their name cards.

Which section do you think represents Oxygen? (the largest section) This section can be colored red to match the red marbles that represent Oxygen.

Do you see the box in the bottom corner of the page? It is called a Key. It defines the meaning of the different colors we are using to represent the different elements. Color in the box next to the word “Oxygen” the same color as the part of the graph that represents Oxygen. (red)

Do you think you could match the sections of the graph to the different quantities? What color do you think this section should be?