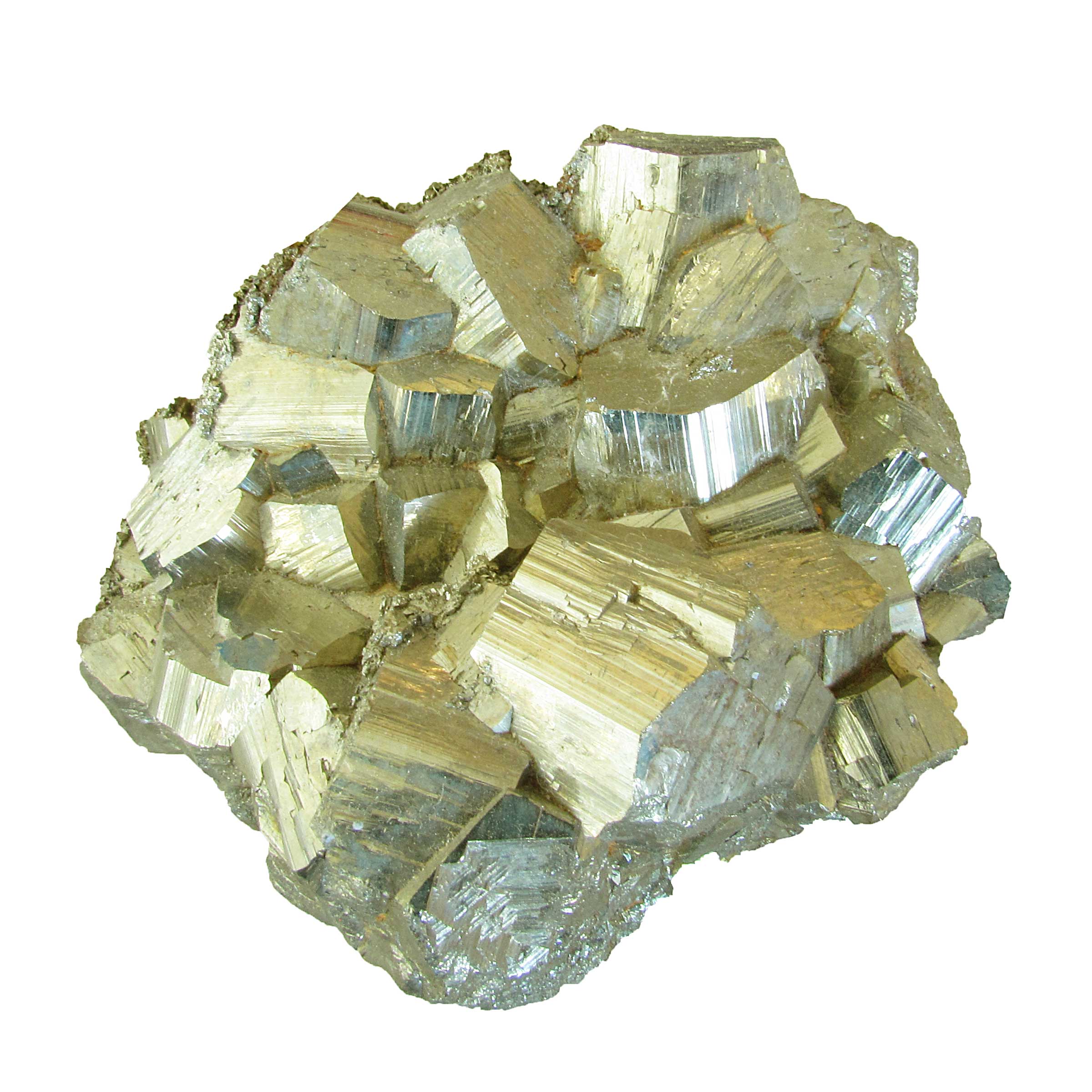 Collectors LOVE pyrite! It’s shiny gold color, interesting crystal shapes and natural beauty attract collectors of all ages. It doesn’t hurt that it is commonly available in all price ranges from very inexpensive to huge, perfectly-shaped specimens with a high price tag.

The name, pyrite, comes from the Greek word for fire: “pyr”, which literally means fire rock. It’s a fitting name: pyrite sparks when struck against iron. It was used by ancient people as a fire starter. It was also used in flintlock rifles to ignite gunpowder. The very characteristic that gave it is name makes it a poor mineral for regular use. The fast oxidizing that makes the spark results in pyrite being a poor choice for construction projects. 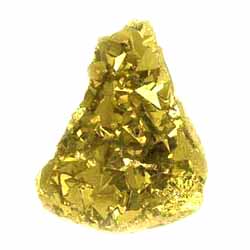 pyrite crystals
Sometimes called iron pyrite, it is a compound of iron and sulfur officially named iron sulfide or FeS2. Pyrite is the most abundant of the sulfide minerals. It is usually found in quartz veins with other sulfides and oxides.

It can be an agent of fossilization creating beautiful fossils, commonly ammonites and brachiopods.

Because of its high sulfur content, pyrite was used in making sulfuric acid and sulfur dioxide. Today most sulfur compounds are made from petroleum sources.

Using the Mohs scale, the hardness of pyrite is between 6 and 6.5. It has a metallic luster and normally has a yellow brassy color.

Even though pyrite contains iron, it is not used as an iron ore. It is much easier to extract iron from other mineral sources such as hematite and magnetite. 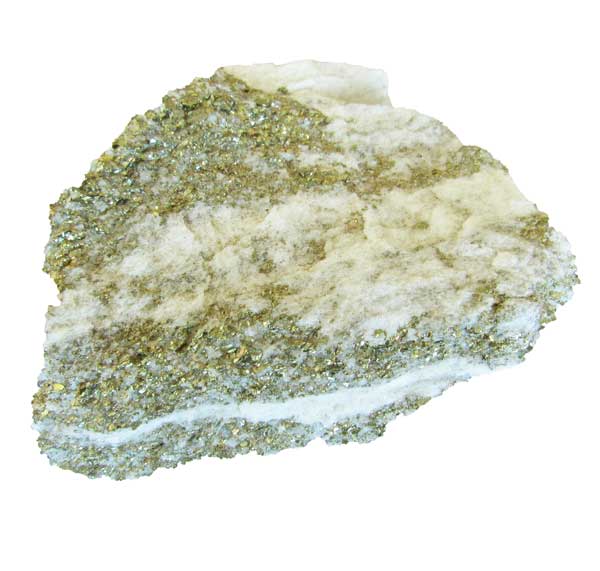 Pyrite is know as Fools Gold

Pyrite bears another interesting nickname: fool’s gold. In fact, because of its color, weight and metallic shine, pyrite is often mistaken for gold. In the gold rush era, when prospectors were hoping to strike it rich, many of them were disappointed to learn that the discovery they thought was gold, was, in reality, only the very common iron pyrite…a fool’s gold!

Crystals of different shapes are created depending upon the conditions under which the pyrite formed. The crystals are isometric, meaning that they have axes of equal length that create equal-sized faces. Cubes are most common, but octahedral (8-faces) and dodecahedral (12-faces)  shapes are also seen frequently. It can also form granular clumps and solid masses that, with magnification, show the same isometric form to the crystals. 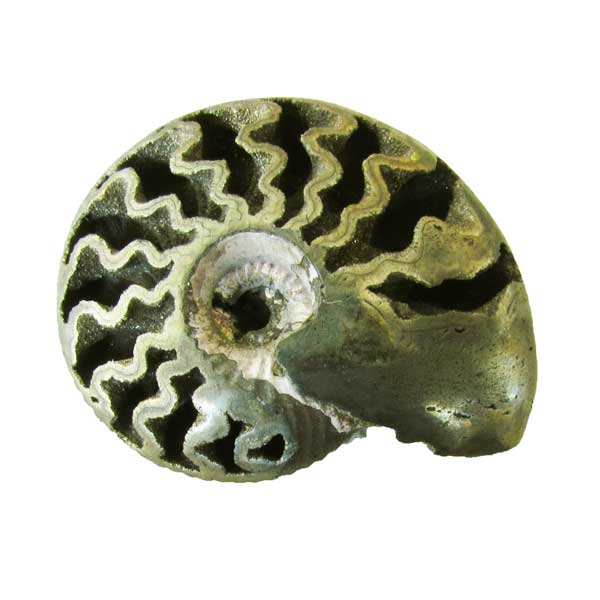 Pyrite is also an agent of fossilization. This means that as the organism fossilized, the minerals that were present and responsible for the fossilizing was FeS2. Beautiful pyritized ammonites and brachiopods are fairly common.

Pyrite suns are found in slate seams of coal mines. These "suns" are flat disc shapes with a radial pattern. No one knows exactly how they are formed, but there are two prevalent theories.  One is that they are pyritized fossils of an unknown animal. Another is that they are pyrite crystals spread out in the thin seams of slate where they are found. Regardless of the method, these beautiful fossils are often a prized specimen in a fossil or mineral collection.

Because of its abundance in coal, mining operations sometimes leave large amounts of pyrite in tailings. Tailings are the leftover “junk rock” that remains after removing the desired coal. This causes environmental damage because it reacts with oxygen and water to form sulfuric acid.

Whether you are a serious collector or just getting started, you will want to make sure to include some beautiful pyrite among your minerals. 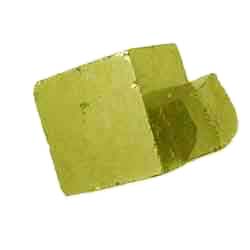