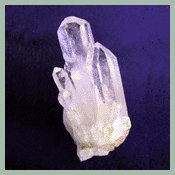 Quartz is one of the most common of all minerals that make up the continental crust. It is found in igneous, metamorphic, and sedimentary rocks. It is associated with many valuable ore deposits as well.

Quartz has many uses. It generates an electrical charge when mechanical pressure is applied. This is called the piezoelectric effect. This makes it useful in electronics and is most importantly used in the fields of radio, television, and radar. It is also used in making sandpaper and grind¬stone. Quartz sands are used in the manufacture of glass and mortar.

Quartz is found in pegmatites and in hydrothermal veins. Precious metals like gold and silver are often found associated with quartz in these veins. 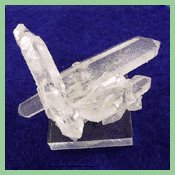