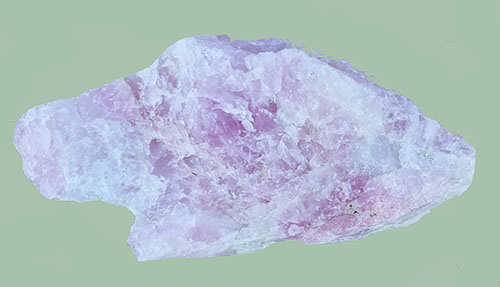 Rose quartz is a mineral in the quartz family. It is easily recognized for its light pink color. The color is attributed to small amounts of titanium, iron, and manganese. There are many places to find rose quartz deposits around the world. However, most of it comes from Brazil, South Africa, India, and Madagascar.

Quartz is a mineral composed of silicon and oxygen atoms chemical formula of SiO2. It is the second most abundant mineral on Earth. There are many different types of quartz, which are commonly used in jewelry-making and collecting. Some of these types include amethyst, jasper, citrine, smoky quartz, tiger’s eye as well as many others. When polished, these gemstones are often on display in any gem or crystal collection. 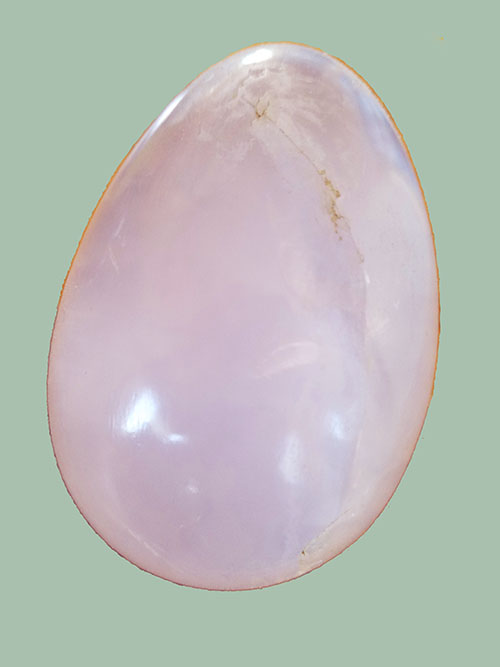 Rose quartz has a ranking of 7, on the Mohs scale. The Mohs scale is a scientific measure, used to describe the density and hardness of a certain mineral. It was created in 1812 by German geologist and mineralogist Friedrich Mohs, and rates mineral from 1 to 10. Minerals get their ranking based on the ability to visibly scratch another. For example, Talc has a Mohs rating of 1, and therefor can be easily scratched by any other mineral. By contrast, diamonds have a rating of 10, making them nearly impossible to be scratched. The hardness or softness of a certain mineral has to do with the strength of the chemical bonds.

Rose quartz might be one of the most poplar stones in craft jewelry making for a few reasons. It is usually fairly inexpensive, easy to cut into shapes, and very attractive to any gem enthusiast. It can be the centerpiece of a project or as tumbled stones or beads. A poplar use for rose quartz is as a puffed heart for a necklace or just as a stone.  A thick slab of rose quartz is cute to outline the shape of a heart. It is sanded down very carefully to make rounded edges, and polished on both sides. This gives it a three dimensional shape known as a "puffed heart”. 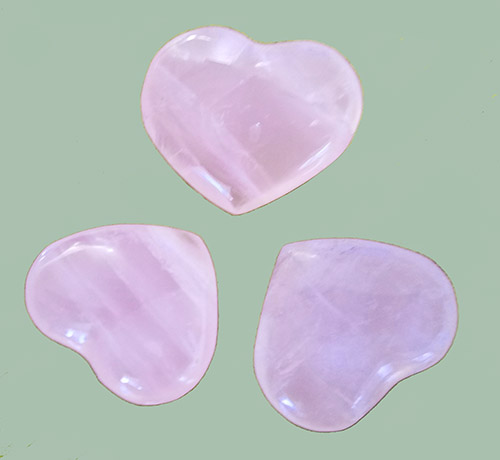 Rose quartz is also widely popular, because of its significance in mythology. In Greek and Roman mythology, rose quartz was used to symbolize love. In Ancient Native American cultures, the rose quartz could be used as a peace offering, and to resolve anger and disappointments. Early Egyptians believed that the stone could even prevent wrinkles and the effects of aging. Isn’t that silly? These myths may sound like a bunch of balony, but some people still truly believe in the stones’ healing powers. Rose quartz is still used in many healing rituals and spiritual practices.

Rose Quartz For Sale from www.fossilicious.com